The Rao Rajas of Uniara are descendants of Raja Udai Karan of Amber and the son of Bir Singh,the Eldest son of the Maharaja Udai Karan of Amber. The Rao Raja of Uniara is descendent of Rao Das Ji, the Eldest son of Narooji. Formerly the chiefship was an independent state under the Mughal Administration. It was after 1727, it accepted administrative set up of Jaipur in the review for 1865-66 & 1866-67 and paid tribute to the Darbar in return of protection. Nevertheless, the states of Sikar, Khetri & Uniara were actually excluded from the Jurisdiction of State. All had police, army & judicial courts. Continuing a tradition of hospitality, the present Rao Raja Saheb has opened the doors of the Palace to visitors from all over the world. Its ideal location in heart of the city makes it a convenient place to stay for those who would like to wander out and experience the history of the surrounding monuments and browse in the marketplaces. World class Comfort and Personalized care, create an ambience of gracious living. To be here is to belong.

Now be at The Grand Uniara to feel the true regality of the Royal Clan of Uniara.
About Grand Uniara

The Grand Uniara is a classic example of history recreated and its regal charm would be further validated by its strong sense of originiality. So, if you are seeking to find a hotel which can balance between heritage, regality and worldly comforts then we have synced with your cherished dream. The hotel is located in the heart of Jaipur in the closest vincity of the mighty Moti Doongri Hills. The charm of staying amidst the royal entities and being able to unfold the rich folk tales and royal anecdotes upon walking across the royal corridors is unforgettable. The Palace embraces you with untold stories by its antiquities and pictures.
What makes Grand Uniara a destination is its best of the world facilities and manuhaar - the art of personalized service, thus making your holiday even more exploratory and lavish. Further our team will ensure that you get all the best of the best comforts and personalized services be it our rejuvenating Spa, the trying out of the royal cuisines & wine or the morning breakfast in the breezy corridors. We are situated at Rajasthan in India in the pink city of Jaipur, a city known for many historical places like the Hawa Mahal, the Jantar Mantar, the City Palace, the Amber Fort, the Rambagh Palace, the Jai Mahal, the Albert Hall Museum, as well as many other forts.
We Aim to Fullfill your Desire to reach out to your royal self. 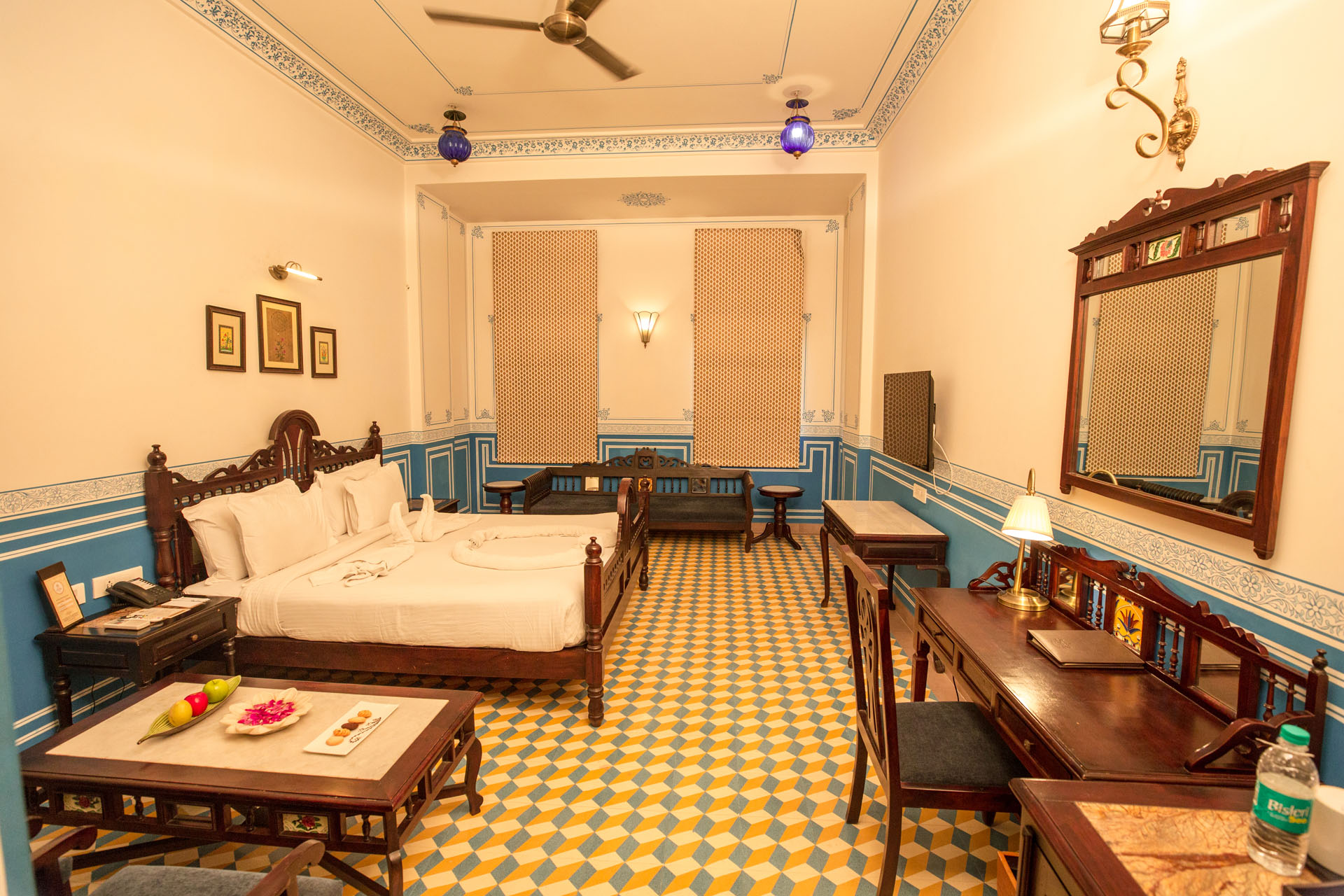 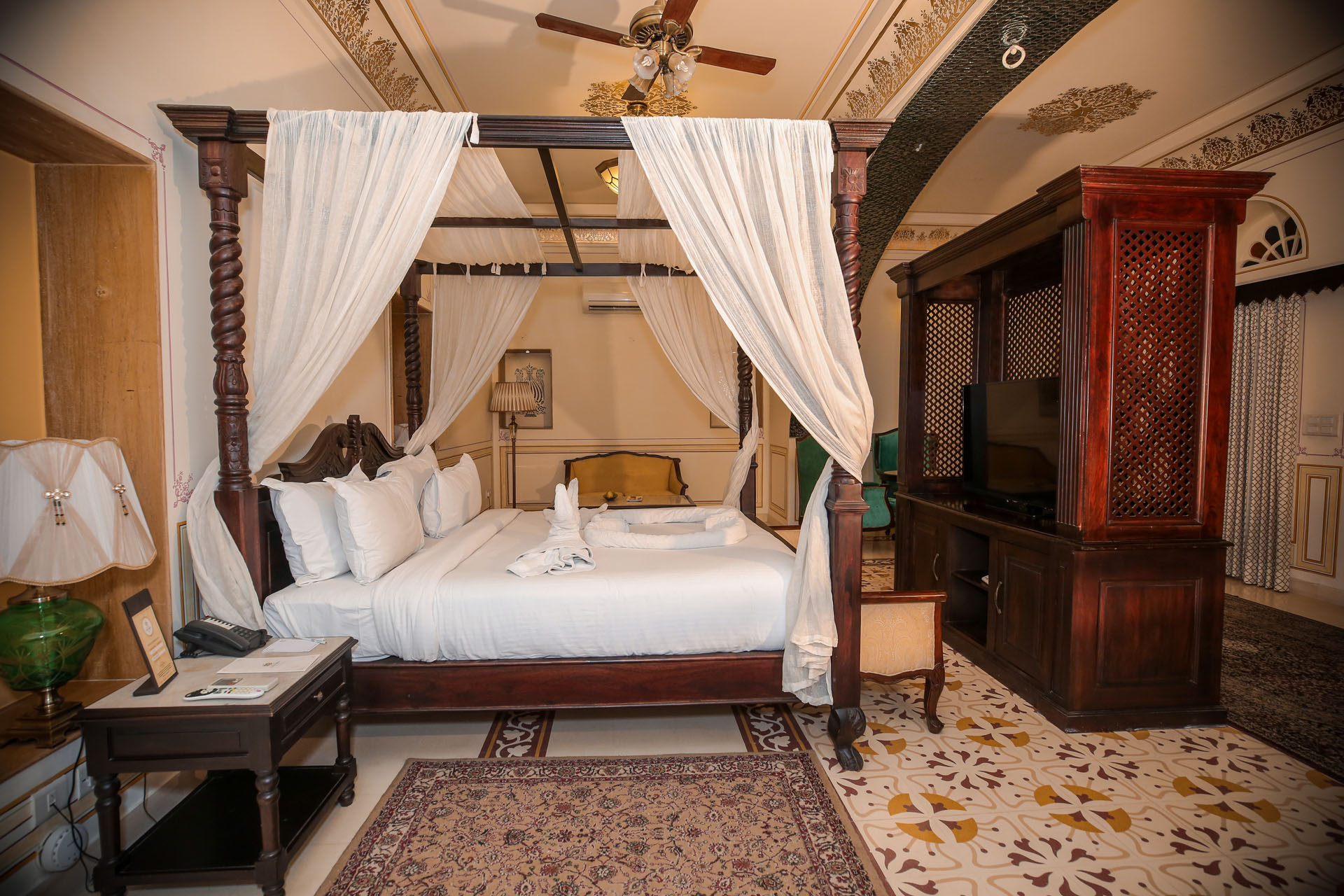 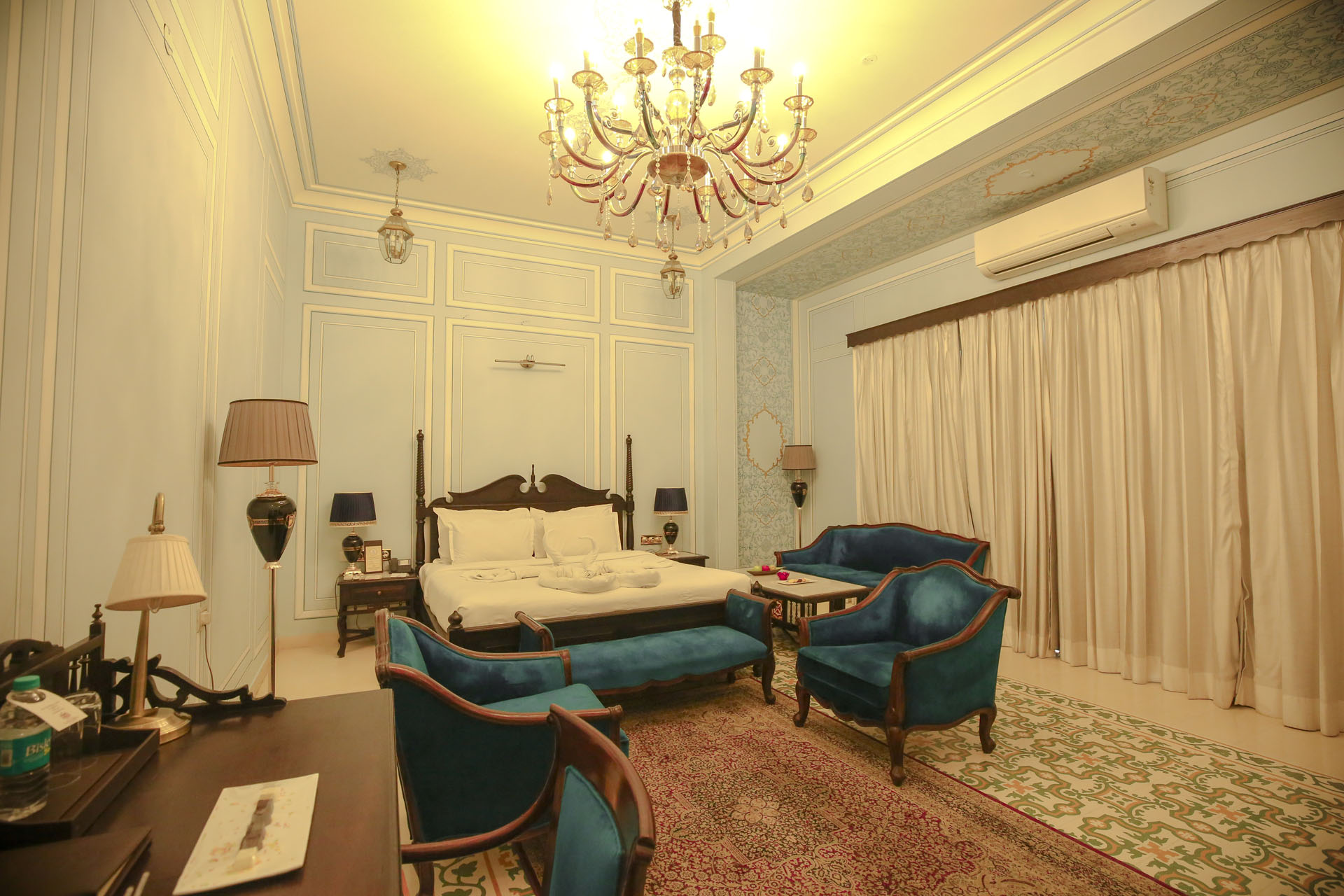 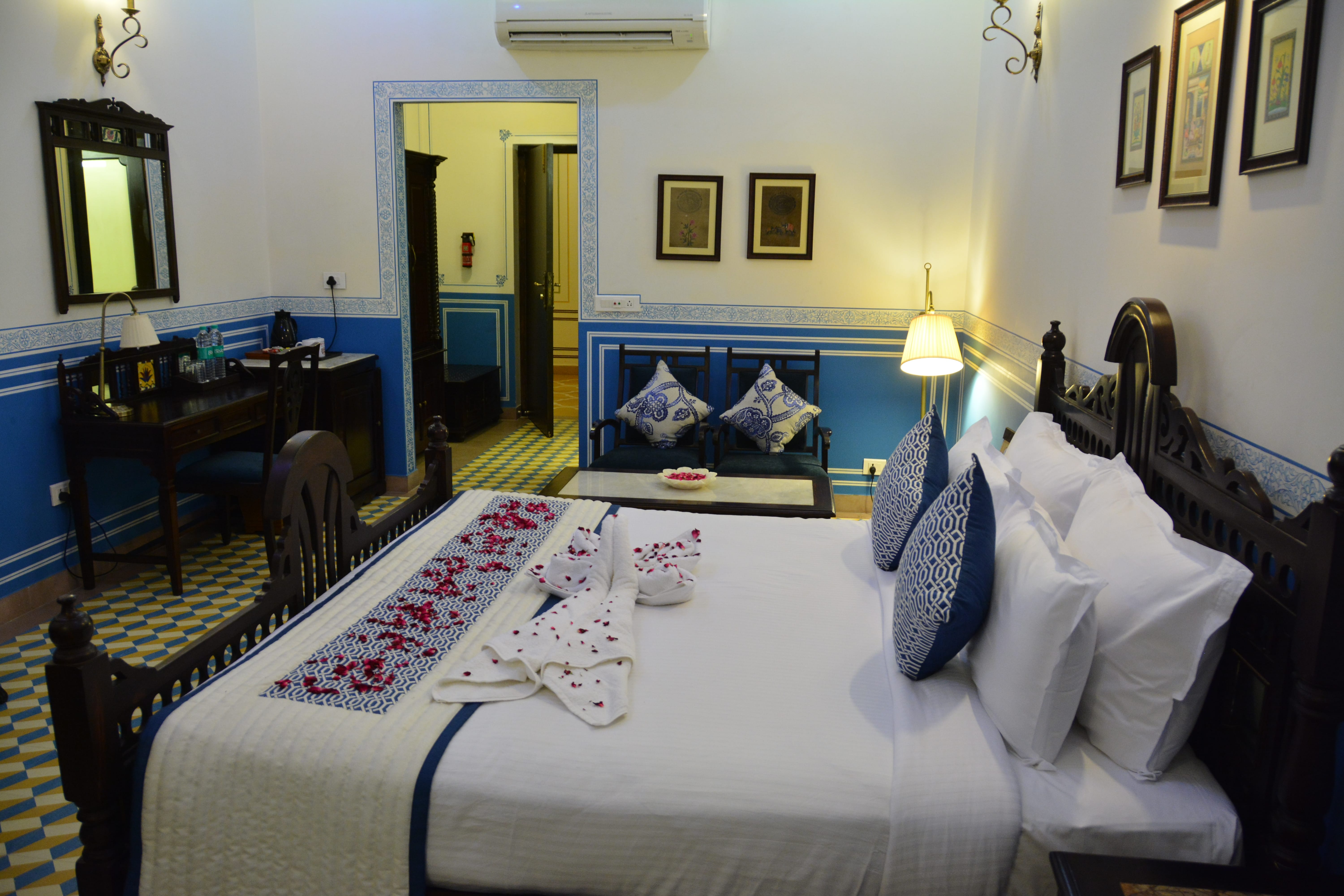 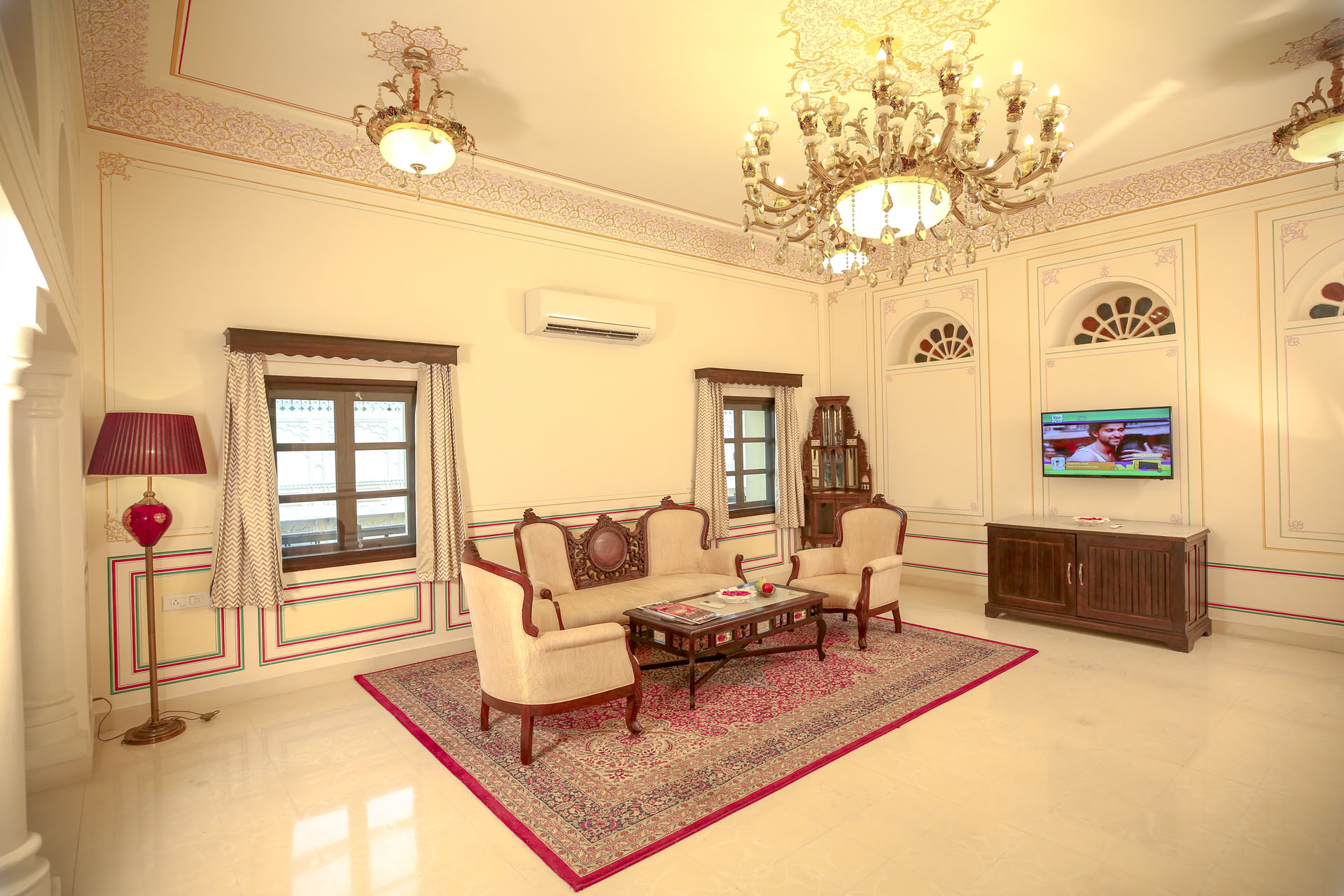